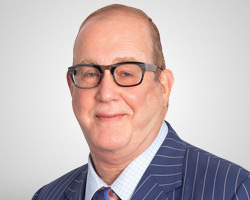 A. Michael "Mike" Adams manages client portfolios with the objective of superior results, while both minimizing risk and preserving capital. He has used this approach for over 30 years, and since forming Adams Financial Concepts, LLC, in 2005, has published verifiable performance results—the composite of which has done better than the S&P 500 (net of all costs and fees) for those 15 years. Mr. Adams is the host of the weekly radio show About Money, which airs in Seattle on KLFE 1590AM.

He holds a Masters degree from Carnegie Mellon and a BA from Oregon State University, and is very active in his community, serving on various boards and volunteering his time and expertise to non-profits. He has served as chairman of the Seattle Theater Group. He was on the board of the Seattle Symphony organizing the Presidents Night that raised half a million dollars. In 2010, he was vice president of the board of the Seattle International Film Festival.