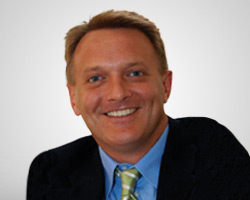 As editor of Forbes Dividend Investor, John Dobosz recommends specific stocks and issue new rankings of the 25 best current buys every Friday. These stocks have safe and generous yields, usually averaging 4.5%. On Tuesday and Thursday, as editor of Forbes Premium Income Report, he recommends income-generating options trades on dividend-paying stocks to generate superior levels of income and total returns. Outside of newsletters, Mr. Dobosz is also responsible for money and investing coverage on Forbes.com and in Forbes magazine. In 2003 he launched Forbes Stock of the Week and made more than 350 picks through 2010 based on fundamental and technical analysis. Mr. Dobosz has been at Forbes since 2001, prior to which he spent five years with CNN Financial News working with Lou Dobbs, where he produced long-form pieces and reported on management, entrepreneurship, and financial markets. Mr. Dobosz also worked at Bloomberg TV and Inc. magazine. He a native Floridian and graduated from the University of Florida with a bachelor of science degree in finance in 1990.