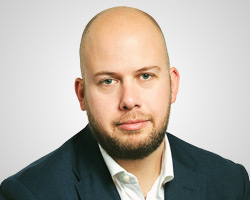 Daniel Carnio was literally born into the world of wine. He took his first sip at age six and began helping with the harvest in his grandfather's vineyards as soon as he was big enough. After studying enology under Professor Mario Fregoni, Mr. Carnio made wine under the late, great Gianfranco Soldera and worked as a sommelier at Michelin-starred restaurants before setting up his first wine investment company in his late twenties. As Oeno's director, his encyclopedic knowledge of wine and exceptional industry contacts benefit all parts of the group.