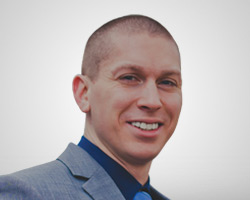 Joshua Belanger is the founder of CounterVest.com, where average investors can learn the secrets of a Wall Street insider to beat the market and create a worry-free retirement. He began his career on the floor of the Chicago Mercantile Exchange and worked his way up to manage a trading desk with over $500 million under assets. Over the years, he became a pioneer in the money management business, and now he's one of the best at catching large quick bets in the options market ahead of big news, which he calls Hot Money. Mr. Belanger is the Editor of Hands Off Retirement with Seven Figure Publishing and the author of Fearless Investing With Options. He's been featured in publications such as Bloomberg, the New York Post, Reuters, Yahoo! Finance, and The Wall Street Journal.