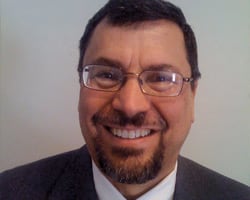 Fred Fuld III was a former executive in the financial services industry who started out working as a stockbroker, and later as a market maker on the options floor of the Pacific Stock Exchange. He then became vice president of a San Francisco based investment management firm. He also worked as an adjunct professor for the College of Business of a California State University.
He is the publisher of Wall Street News Network (WSTNN.com), and has written several investment related books. Mr. Fuld's television appearances include CNBC, Fox Business News, and Globo TV.