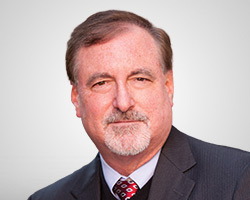 Steven Hochberg is the chief market analyst for Elliott Wave International and a close associate of Robert Prechter. He is recognized as one of the world's foremost experts on the Wave Principle and its application to market forecasting. Mr. Hochberg is a sought-after speaker and has been widely quoted in the Los Angeles Times, the Washington Post, Barron's, and Bloomberg News and has been interviewed numerous times for his market views by CNBC, MSNBC, Bloomberg Television, and public television's The Nightly Business Report.