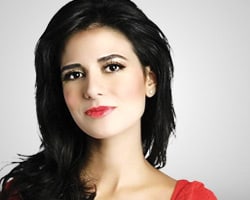 Kiana Danial is an award-winning, internationally recognized personal investing and wealth management expert. She is a highly sought-after professional speaker, author and executive coach who delivers inspirational workshops and seminars to corporations, universities and entrepreneurial groups. She is a frequent expert on many TV and radio stations and has reported on the financial markets directly from the floor of NYSE and NASDAQ. She is a weekly investment expert guest on Tokyos #1 Investment TV Show.

She has been featured in The Wall Street Journal, TIME Magazine, CNN, Forbes, The Street, and numerous other publications.
At a young age, she has won numerous awards including Best Financial Education Provider at Shanghai Forex Expo in 2014, New York Business Women of Influence Honoree in 2016, and Pro Bono Humanitarian Award by IA Bar Association in 2013.
Born and raised in Iran as a religious minority, she was awarded a scholarship from the Japanese government to study Electrical Engineering in Japan, where she obtained two degrees in Electrical Engineering and researched on Quantum Physics in classes conducted in the Japanese language. Being the only girl and foreigner in her classes made her decide to dedicate her life to empowering minorities, especially women in the male-dominated industries.